Have you lost a loved one due to negligence or misconduct?

Has your loved one been fatally injured due to another’s negligence or outright wrongdoing? Wrongful death claims can be emotionally draining and difficult to confront. At this time of need for you and your family, you require the caring guidance of experienced wrongful death attorney of Lake Oswego, Bartley E. Herron to get you through and safeguard your rights. Funeral and burial costs are quite expensive and your family is probably also experiencing a loss of income as well. You likely have many questions and concerns as to what your next step should be and who you should turn to. One of the best wrongful death lawyers at The Herron Law Firm will be strong legal advocates on your behalf and will represent you with understanding and consideration for your situation.

Following a car accident or any other type of negligent wrongdoing on the part of others, loss of a loved one can occur. Nothing may be able to bring back what you have lost, but you can seek justice and compensation for the financial hardships you are now facing. Our legal team understands what you and your family are going through as you grieve for the loss of your loved one, and is ready to assist you in presenting your case. At this moment in time legal matters may not be what you want to be concentrating on. Looking for a lawyer for wrongful death in Portland? Allow the compassionate and caring wrongful death attorneys in Lake Oswego – Herron Law to take charge of your needs and guarantee a skillful representation for you.

Best wrongful death attorney knows how to help you to recover

How do wrongful death lawyers prove the economic losses:

How do wrongful death lawyers prove the non-economic losses:

Through family members and friends

Through co-workers and bosses

With help from doctors and economists

There can be many details and expenses following the wrongful death of a loved one. Let our legal team shoulder the task of obtaining proper compensation for you and your family at this difficult time.

When To Retain Wrongful Death Attorney in Lake Oregon?

It is urgent that you contact us without delay to begin the process. Contact attorney Herron for a complimentary in-depth consultation and allow him to help you through this difficult time.

How to Prepare For Meeting With Wrongful Death Lawyer?

What Can I Do If I Lost My Spouse?

Losing your husband or wife in a crash is devastating. But having to also worry about the legal consequences of this tragic event can be overwhelming.

In many cases, it is okay to wait a few days after the truck crash to grieve and determine the funeral arrangements. Because of the increased duties the Oregon State Highway Patrol has due to there being a car accident fatality, the police should be doing a complete forensic study of the crash, including getting statements from witnesses, taking video and pictures, and reconstructing the crash with computer simulations. Law enforcement can go for weeks to have a complete accident report from a fatal car accident.

Dead Cannot Speak For Themselves

Depending on the case circumstances and the parties involved, the driver who was negligent and killed your husband or wife could be aggressive in trying to influence how the police investigate the crash. Police usually are good at limiting access to crucial evidence, but if the other side has any control over evidence, the police might miss it.

For instance, if the negligent driver is a truck driver who works for a big company, their lawyers may send out an investigative team to try to get a head start on the defense. This is a financial threat to the company, and they usually have the resources at hand to try to push a narrative of the accident that favors their driver. They could use lawyers to prevent police from getting information and generally frustrate police efforts to charge their truck drivers.

As a parent, you may be entitled to compensation for mental pain and suffering if your juvenile or ‘minor child’ is killed because of the negligence of another person.

This article discusses wrongful death lawsuits and what type of settlement you could be entitled to if your juvenile or minor child dies because of someone else’s negligence.

In Oregon, a minor child is one that is under 18. A parent is entitled to compensation for their pain and suffering if their minor child or juvenile is killed because of another person’s negligence.

Accidents where a parent may be entitled to compensation for pain and suffering if their minor child is killed include:

Other situations where a compensation could be paid include a child:

Pain and suffering is the most challenging factor to calculate in a wrongful death lawsuit. The pain and suffering of the parent is only one of the factors that determines the case value if a juvenile is killed because of someone’s negligence.

Average Verdict for the Death of a Child

There is an attorney in another state who performed an examination of 15 wrongful death verdicts for the death of a minor child. From those cases, the average award for each parent’s pain and suffering was $4.1 million. Again, the was the award for one parent.

So, if both parents were living, their pain and suffering award would theoretically be doubled.

However, there is a major problem when there is a wrongful death lawsuit involving a child or juvenile.

It is simply there is not enough insurance available to pay the full verdict or settlement value. Because of limited insurance in effect, the average settlement value for the wrongful death of a child is actually much lower.

Minor Child’s Estate May Recover Money Parent Would Have Saved

In an Oregon wrongful death lawsuit, the estate may recover net accumulations and lost wages from the date of death. Also, the estate can receive compensation for medical and funeral costs.

It is important to remember that just because the jury awards a big verdict for mental pain and suffering, there is no assurance parents will collect. There are three reasons:

If a jury awards millions of dollars for mental pain and suffering in the death of a juvenile, an appeals court often reduces the amount. These cases often end up being settled for much less.

But there are cases where the death of a juvenile can result in a big verdict or settlement.

Is There At Least $1 Million In Insurance to Pay for the Death?

There are some accident situations where there may be at least $1 million in liability insurance to pay for a juvenile’s death. Some examples are if a child is killed by a person who:

Also, there may be $1 million of insurance available if a juvenile was killed due to an Uber or Lyft driver’s negligence if that driver was working at the time (engaged in a ride).

Further, if a minor child is killed by a large truck weighing 10,000 pounds or more and is used in interstate commerce, it must have at least $750,000 of insurance.

But even if there is $1 million or more available in coverage, the parent must show that the negligence of another person caused the death of the child. This is where a highly skilled Portland personal injury attorney is a life saver, such as The Herron Law Firm.

If your child was a passenger in a Lyft car and was killed, his parents may receive up to $250,000 in uninsured motorist coverage if the driver of the other vehicle was at fault.

If the driver who caused the death was working for Uber or Lyft, it is likely the settlement will be bigger. In this situation, you should definitely hire an attorney who is experienced in handling Uber accidents involving wrongful death.

Below are some sample wrongful death settlements and verdicts from around the country involving a juvenile or minor child. Your situation could be very different, so always run your case by The Herron Law Firm in Portland to get an idea what your case might be worth.

Jury Awards $2.5 Million To Each Parent for 17-Year-Old’s Death

In 2018, an elderly man in the southern US was driving his RV the wrong way on a highway. He hit and killed two passengers in an oncoming car. One of the passengers was a 17-year-old girl. Her wrongful death attorney filed a lawsuit against the estate of the deceased RV driver.

The lawsuit stated that the man was driving an RV in the dark on the wrong side of the road with broking lighting. The mother wanted compensation for her and her husband’s pain and suffering and for funeral costs. They also sued the RV driver’s trust.

The mother also sued the passenger of the RV, arguing that the woman was acting as the driver’s spotter and caregiver.

The case resulted in a total settlement of $5 million, $2.5 million to each parent.

A man driving a garbage truck in Florida hit and killed a 20-year-old woman on her bike. The truck then ran over the body. The truck company, WCA of Florida, blamed the bike rider for the tragedy. It also blamed the woman for being high or drunk at the time of the accident.

The personal representative of the woman’s estate offered to settle with WCA for $8 million, which it rejected. But the jury found the biker rider was not high or drunk when the wreck happened. The jury awarded $12.5 million to each parent.

But the trial judge agreed with the garbage truck company that the pain and suffering amount should be lowered to $4.1 million for each parent.

Clearly, these cases involve a lot of money and large insurance policies in some cases. Always get the advice of a wrongful death attorney if your child is killed due to another party’s negligence.

If you have suffered the unimaginable loss of a child due to someone’s negligence, please call The Herron Law Firm. We can review your case at no cost and determine if you could benefit from filing a wrongful death claim. 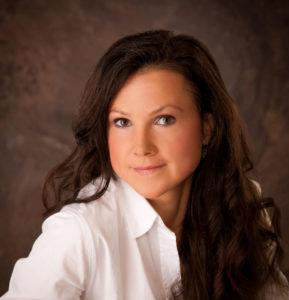