Back Injuries After Car Accidents

Doctors and Injury Lawyers Call it a “Big Deal” Injury

Back injuries are common in a variety of accidents. Back injuries that occur from lifting heavy objects comprise many accidents in industrial and manufacturing situations. Most injuries in car accidents to the spine and its related muscles also involve the neck; this is because the head’s weight is being thrust forward or backward at the top of the spinal column. Back injuries are very common in these accidents. As seatbelts have become commonplace, there also are injuries in car accidents to the lower back if there is excessive slack in the shoulder restraint. This allows the top of the torso to be thrust violently forward. This can lead to a type of ‘jackknife’ injury. Premises lawsuits involving slips and falls is another major source of back injury litigation.

Types of Back Injuries We Help With

Common back injuries that make up most personal injury lawsuits include:

Did You Know These Facts Related to Back Injuries

A Herniated Disc is a Common Injury After a Car Accident. What Can Happen To You?

Some of the effects of this injury may include:

A common dispute in back injury litigation is whether the injury is soft tissue or muscular-ligamentous injury. It also can be disputed if the injury is from a disc herniation.

It is important that the jury understands the pros and cons of this type of issue. So they need to have a good grasp of the vertebral column anatomy. If the attorney clearly explains the number and location of the major vertebrae and the sacrum and coccyx, as well as how the spine is curved, the jury can understand how the spine is a load-bearing structure, and the risks of injury to materials that join each vertebra. This is especially true at the bottom of the column end, in the L5-S1 interface. The majority of serious injuries happen at this level or at L4-L5.

Vertebrae are stacked on each other with the nucleus pulposis between each structure. It acts essentially as a shock absorber. It is contained the space that is between the vertebrae and what is called the annulus fibrosis. The nucleus pulposis is often compared to the stuff that is inside a golf ball. It may be referred to as a type of gristle-type material. If it tears or ruptures, the disc material will herniate. Depending on the location of this tear, the disc could impinge upon key nerve roots that go through the foramen and descend to make nerves that supply your lower extremities. Pressure or impingement on the nerve roots can cause pain and lead to significant impairment. Impairment may be the pain, sensation loss or numbness. Other problems could be muscle atrophy, muscle spasm, loss of range of motion and tenderness in the joint.

Note that the annulus fibrosis can be damaged and bulge and this may occur without an actual tear or rupture. If a disc bulges, there can be similar symptoms and can be very disabling to the patient.

There are many symptoms of a herniated disc, but all systems are not usually presented. Some symptoms relate to a higher injury level, which is thoracic, and others are related to an injury in the lumbar area.

Common symptoms that can present are:

Correct or Incorrect Back Injury Tests

It is key in any back injury lawsuit to determine if there is a neurologic deficit. It is possible that the spinal cord or nerves that come from the spinal canal could have suffered damage. A routine back examination should include a neurological examination, no matter if the exam is performed by a neurologist, neurosurgeon, orthopedic surgeon or a regular doctor. The doctor should look for loss of reflex or another sign of pain that can be felt through a stretching exercise that shows nerve roots in the spinal column are involved. In chronic injuries, muscle atrophy can happen and may be due to a neurologic deficit. But in this case, the dispute legally will be whether the atrophy is due to disease or was due to the accident that caused a disturbance in the nerve endings that serve the lower extremities.

If a neurologic deficit can be documented, it clearly implies a more serve injury than where there is none present. Nerve conduction velocity tests and electromyography are ways to detect and test for neurologic problems.

Objective Vs. Subjective or Signs Vs. Symptoms – Important to Know 2

Subjective findings or symptoms are usually reports of pain and discomfort.

An experienced physician should be capable of finding false pain complaints related to examinations, which can be straight leg raising tests or a pinprick test.

What is Worst – Sprains or Strains

These are two different types of injuries.

A strain is usually thought of as a stretching related injury to a ligament or muscle. Objective findings include muscle spasms, tenderness and limited range of motion.

A sprain is noted to be a wrenching or twisting of a joint that could feature ligament tears or rupture. It is often considered a serious injury that requires more treatment time.

How Is Doctor Treating Your Back Injury

Soft tissue injuries in the back can be treated in the following ways:

How to Grade for Intervertebral Disc Injury

The system outlined below is recognized in the medical and insurance professions for use in grading injuries to the intervertebral discs:

The Guides to the Evaluation of Permanent Impairment provided by the AMA offers guidelines for determining the percentage of disability in an extremity and in the entire body. But these are usually based upon a limited range of motion. The doctor should not just arbitrarily follow the guidelines. It should be taken into consideration the other symptoms and signs that include subjective symptoms to determine the effect of the injury on the person.

A fracture to the head of the lower arm radius could produce a smaller percentage of impairment that causes a 5% loss of arm flexion. But associated with that loss of motion could be an injury to your ulnar nerve that runs over the proximal part of the radius. This can cause numbness and tingle in your little finger and ring finder. Also, say the injured party is a surgeon and he needs dexterity in his hands to do his job. What could be just a 5% disability to the arm in one case could be a 25% disability in some cases. The same logic will apply to a back injury. What could be a minor impairment to an attorney could be a major disability and impairment to a crane operator.

Possible witnesses that could be called in litigation by your attorney involving a back injury are:

If you have been diagnosed with a back injury as a result of the wrongdoing of another, please contact Personal Injury Attorney Bart Herron at Herron Law at 503-699-6496  – 24/7 – today to set up a Free Consultation or fill out  FREE CASE EVALUATION  form or TEXT NOW to 503-367-0829 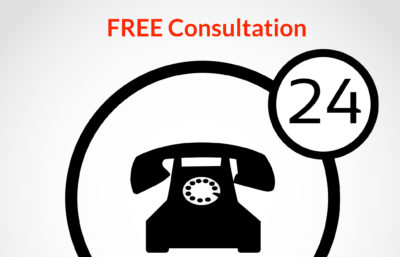